We are an organization that encourages the research, education, cultivation, hunting, identification and the cooking of mushrooms. With over 1,200 members, PSMS
is one of the largest mycological societies in the country.

We share our knowledge about mushrooms through meetings, classes, workshops and field trips.

Please join us at a meeting or become a member today!

We welcome our members back after our Summer break!

We are really looking forward to returning to our field trips this fall! The 2021 Fall field trips are posted in the members area. We are planning to start our in person ID clinics on October 4th on Monday evenings from 4-7pm. Our Annual Wild Mushroom show is planned for Oct 23rd Saturday (12-6) and 24th Sunday (10am -5pm) at North Seattle College. Please note that all PSMS events will require masks to be worn as well as proof of vaccination for all participants. We hope that by next year we can include children under 12 again since PSMS has always been a family friendly organization. Please check out our pages on this website for more information on our events. It has been a very dry spring and summer so we need some rain to cause the mushrooms to fruit! Keep your fingers crossed! It will be good to see all of you again!

For over fifty years, the Puget Sound Mycological Society (PSMS) has nurtured collaboration amongst its members for an understanding and appreciation of the wide diversity of mushroom species in the Pacific Northwest. We also depend on a diverse membership to support our mission to foster the understanding and appreciation of mycology as a hobby and a science. In recent months, as systematic inequality in U.S. society is revealed to a broader audience, it becomes clearer that inequality imposes barriers on marginalized groups to participation in a wide variety of activities. PSMS opposes all barriers that limit participation in mycology. PSMS and its board members support a more diverse, inclusive, and welcoming organization where all people, especially those who are underrepresented in our organization and society at large, can enjoy mushrooms and all of the activities associated with them. We realize this will be an on-going conversation and are looking to our members for suggestions on ways to increase diversity, inclusivity, and welcoming. Thank you as we join together to make this long-overdue journey toward systemic equality!

If You Suspect
a Poisoning

Spore Prints is the monthly newsletter of PSMS containing announcements of coming events and speakers, plus a variety of tidbits, trivia, recipes, and research developments.

Washington state is divided into numerous federal, state, local and Native American jurisdictions. Learn the proper rules for each jurisdiction. 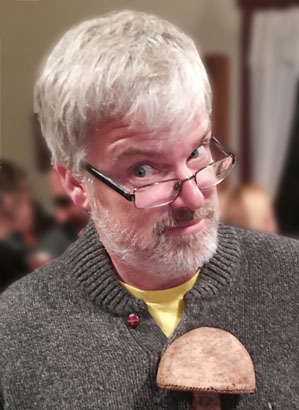 Britt Bunyard - Amanitas of the Pacific NW and Beyond

Our general meeting will be held on Tuesday October 12, 2021 at the Center for Urban Horticulture. In line with the mandates provided by the University of Washington and the State of Washington, Masks will be required and by vote of the PSMS Board, proof of Vaccination will also be required. We hope that by next year we can include children under 12 again since PSMS has always been a family friendly organization.

Entry to the meeting will begin at 7:00 p.m. and the program will begin at 7:30 p.m. We will be having a hybrid In-Person / Zoom meeting. Verbal participation will be restricted to in-person only to prevent Zoom Bombing.

Britt Bunyard will be our guest speaker. The topic he will present is "The Amanitas of the Pacific NW and Beyond". In Britt's words: "Amanitas arguably are the most recognized and fascinating of all mushrooms. Amanita species mostly are big and showy, and ubiquitous over most of the planet wherever terrestrial plants grow. These mushrooms have been the subject of lore, make the news headlines with regularity, and Amanitas have even changed the course of world history. Many Amanita species are highly prized as choice edibles and commercially available in markets around the world. Others are infamous for annually causing death to careless pickers-indeed 90% of mushroom-related fatalities are due to Amanita species."

Britt Bunyard, PhD, is the founder, Publisher, and Editor-in-Chief of the mycology journal Fungi. Britt has worked academically as a mycologist his entire career, teaching a number of university courses and writing scientifically for many research journals and popular science magazines. He has served as an editor for mycological and entomological research journals, and mushroom guide books. A popular evangelizer on all things fungal, Britt has been featured on NPR's All Things Considered, PBS's NOVA and Wisconsin Foodie television programs; and interviewed or quoted in Discover magazine, The Atlantic, Vox, Vogue, Forbes, Saveur, Eating Well, Hobby Farm, Women's World, and other magazines and newspapers.

Britt serves as Executive Director of the Telluride Mushroom Festival. He has authored several books, including Amanitas of North America (2020; The FUNGI Press), The Beginner's Guide to Mushrooms (2021; Quarry Books), Mushrooms and Macrofungi of Ohio and Midwestern States (2012; The Ohio State University Press), and the forthcoming The Secret Life of Fungi (Princeton University Press) due out this winter. In 2021 Britt was awarded the Gary Lincoff Award "For Contributions to Amateur Mycology," by the North American Mycological Association-NAMA's most prestigious honor for American mycologists.